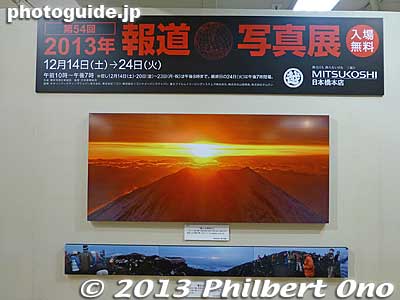 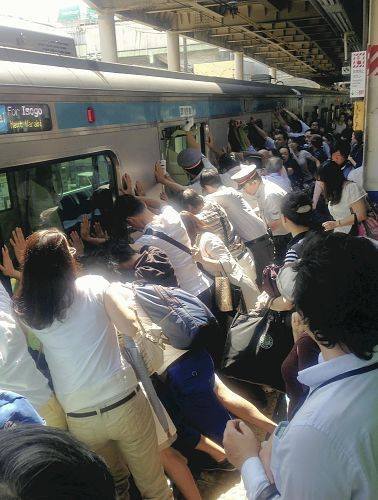 This was the award-winning photo at the news photo exhibition. In July 2013, a female passenger in her 30s was getting off the Keihin Tohoku Line at Minami Urawa Station when she fell into the gap between the train and platform edge. She got stuck at her waist. When train station staff pleaded for help, 40 people on the platform and in the train pushed the train to tilt it and free the stuck woman. It took a few minutes and the woman had no serious injuries. The photo was taken by a Yomiuri Shimbun reporter who happened to be there.