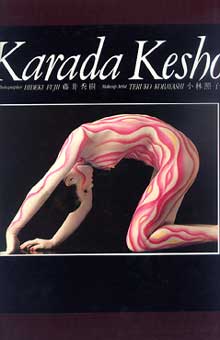 He was one of my very few favorite Japanese photographers and I was lucky enough to attend a few of his photo workshops. He had a very good eye and keen sense and taste in Japanese aesthetics, especially when it came to women. He is well-known for his exquisite images of Japanese women in kimono, nude, or body-painted.

He studied under Akiyama Shotaro, another famous glamour and celebrity photographer who was like a godfather of Japanese photography while he was alive.

One of his most famous photo books was Madame-D Syuga in 1993, featuring nudes of Dewi Sukarno, former Japanese wife of the Indonesian president.

He was a very distinguished-looking man, and wasn’t just a photographer, but also an educator and leader in advertising photography. A very well-respected figure who will be sorely missed.